The Cascade Mycological Society is proud to present Eugenia Bone as the keynote speaker for the 2015 Mushroom Adventure Weekend.

How do mushroom enthusiasts vacation? Amateur mycologists hit public forays and festivals all over the country and throughout the year, congregating for hunting, socializing, and learning.

This fun 60 minute illustrated talk shares stories about some of those gatherings, how they can shake up one’s point of view, and open your mind. Parents take note: The talk includes candid descriptions of the psychedelic mushroom experience.

For twenty years my main focus as a writer has been food. My stories have appeared in newspapers and magazines across the country, from The New York Times Magazine to The National Lampoon, in Saveur, Food & Wine,Gourmet, Fine Cooking, The Wine Enthusiast, and Martha Stewart Living, among many others. 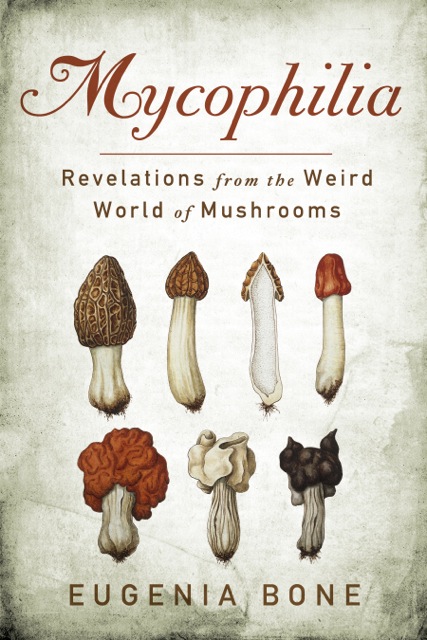 I have published recipes in Saveur Cooks (Chronicle Books, 1998), Saveur Cooks Italian, The Food & Wine Cookbook 1999 (and again in 2006), and my food writing has been anthologized in Food & Booze: Recipes and Ruminations for the Literary Mind (Tin House Books 2006). I wrote the introduction to the paperback edition on Pierre Franey’s A Chef’s Tale. I also write a blog, Well-Preserved, about food preservation and the ecosystem of the kitchen, for the Denver Post. I lecture sometimes, teach occasionally, and perform demonstrations on preserving and mushroom cooking, in venues like the Museum of Natural History, the Denver Botanical Gardens, and the New York Botanical Gardens.

My first book, At Mesa’s Edge, was about restoring a ranch in Western Colorado, and the terrific food scene I encountered there. It was nominated for a Colorado Book Award. My second book, Italian Family Dining, was written with my father, artist and cookbook author Edward Giobbi, and focused on the way Italian eat: small servings of seasonal foods in courses. My third, Well Preserved, a collection of preserving recipes and how to use the preserves, was nominated for a James Beard Award and made it onto numerous “Best Books” lists. But now, with Mycophilia, I’ve written about science.

That might seem incongruous, but in fact, recipe writing and science writing are not totally dissimilar: both require very precise thinking and evocative language. It took me years to understand the science (I was not a biology major, not by a long shot) and to navigate the erudite and eccentric community of professional and amateur mycologists, but producing Mycophilia has been the most profound writing experience of my career. Mushrooms turned out to be the window by which I came to understand nature in a deeper way.

I got into mycology through my culinary interest in mushrooms, but over the years I became more and more interested in the grace and mystery of the biology of fungi. I also found huge satisfaction in the kinship of fellow mycophiles. This year I became the co-president of the New York Mycological Society, a group founded by the composer John Cage fifty years ago, and still going strong. It is a delight to be involved, and yes, there are lots of mushrooms growing in New York City!